MLTPA Foundation Board of Directors 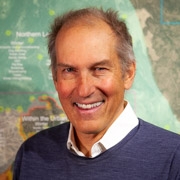 John moved to Mammoth Lakes on July 4, 2000. In 2005, he became involved in the community discussion regarding a public access easement from the Sherwins for backcountry skiers and snowboarders. John has served as Board President and the Foundation's CEO since MLTPA's incorporation in 2007. Prior to settling in Mammoth Lakes, John worked in the motion picture industry, where his credits include Co-Producer of "Twin Peaks: Fire Walk With Me" and "Mulholland Drive". In 2014, John was elected to the Mammoth Lakes Town Council and is now serving his second term, and since his election to public office, John has served MLTPA without compensation. He is an avid outdoorist. 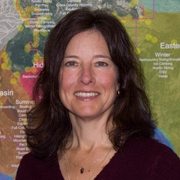 A native of East Tennessee, Wendy moved to the alluring City of Angels after college, became a lawyer, and discovered the Eastern Sierra. Now a resident of Mammoth Lakes, Wendy runs a regional environmental group and is an avid hiker and biker who utilizes the local trail system on an almost daily basis. She believes that a well-managed and well-maintained trail system, that is accessible to the public and accommodates diverse user groups, is crucial to the health of the Mammoth Lakes area. 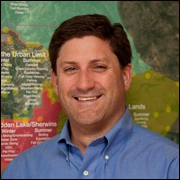 John is the Executive Director of Mammoth Lakes Tourism and moved to California in July 2010 with his wife, Nora; daughter, Bryn; and son, Jace. John is active on the US Travel Destinations Council and was elected to the board of directors of the California Travel Association in July of 2013. A native of New Hampshire, John moved here from Wyoming, where he was vice-president of marketing and sales for Grand Targhee Resort. John's  background includes 14 years with American Skiing Company as vice-president  of marketing and sales at Attitash Ski Resort in New Hampshire. He also  spent three years heading up worldwide marketing and sales efforts for  Colorado Ski Country USA in Denver, representing all 26 Colorado ski resorts.  John graduated from Boston's Northeastern University in 1993 and spent four  years working co-op at Sugarbush in Vermont during that time. He and his  family enjoy skiing, biking, hiking, golf, travel, and the Boston Red Sox. 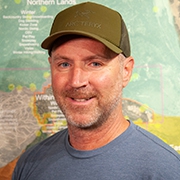 Silver Chesak is a native of Healdsburg, California. Growing up on a 600-acre winery he was introduced to the wonders of nature at an early age. His love of exploration led him to a life immersed in skiing, biking, climbing and professional skiing - finishing 9th in the world in the 1995 Freeskiing World Tour (while he was working at Footloose Sports right here in Mammoth). Silver left the Eastern Sierra to pursue a career as a Rep for brands like Nordica Skis and Helly Hanson. But the lure of the mountians eventually drew him back - to Footloose again - this time as a Co-Owner. He is now incredibly thankful to be raising his three daughters with his amazing wife Lisa in the place he loves and has always referred to as his true home. 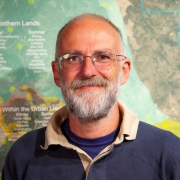 Alistair Veitch was born in New Zealand, moved to Vancouver, Canada for doctoral studies (computer science), and then to Silicon Valley for work. He worked in technical leadership, research and executive management roles for Hewlett-Packard and then Google. A lifelong outdoor recreationist, he traveled all over the western US and Canada, but kept coming back to the Sierra, the eastside, and Mammoth Lakes, spending summers and winter breaks here as children’s vacations allowed. He finally escaped the Silicon Valley rat-race and made it permanent in 2019, and on any given day can be found climbing, hiking, biking, kayaking, swimming, or skiing in the area. One of his goals is to cover every mile of local trails. 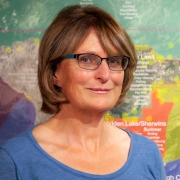 Dallas Veitch was born in New Zealand, moved to Vancouver, Canada for doctoral studies (biochemistry), and then to Silicon Valley for work. She worked as a research fellow at Stanford University, as a science educator, and now as a science writer and research analyst for UCSF and the San Francisco VA Medical Center. An avid outdoor recreationist, she has traveled all over the western US and Canada, but kept coming back to the Sierra, the eastside, and Mammoth Lakes, spending summers and winter breaks here as children’s vacations allowed. She finally escaped the suburban city life, and made it permanent in 2019, and on any given day can be found climbing, hiking, biking, kayaking, or swimming in the area. 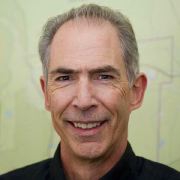 IN MEMORIAM: Bill Taylor was a land-use consultant and a resident of Mammoth Lakes from 1974 to 2018. He had a B.A. in anthropology from Amherst College and was a member of the American Institute of Certified Planners. After graduating from college, he moved to Mammoth and worked at a variety of typical ski-town jobs. In 1978 Bill went to work for the Inyo National Forest in archaeology and land-use administration. He started with the newly incorporated Town of Mammoth Lakes in 1985 as its first planner, eventually becoming Deputy Director of Community Development. Bill was involved in all aspects of community planning, environmental review, and policy development. He served on numerous committees and community organizations including the Mammoth Lakes Swim Team and the Mammoth Lakes Rotary Club. Bill and his wife, Sherry, met in Mammoth and raised their two sons here. Bill always knew that the Eastern Sierra was the best place on the planet and regularly got out to hike, cross-country ski, downhill ski, and mountain bike. Bill Taylor passed from Mammoth Lakes and the Eastern Sierra on July 8, 2018.